The First World War offers  a fascinating example of how we have been lied to, officially. Based on both the first volume of Hidden History, the Secret Origins of the First World War* and the subsequent blogs in http://firstworldwarhiddenhistory/wordpress.com, Gerry Docherty, joint author of this series with Jim Macgregor, will consider some of the major issues which have framed our understanding both of the causes and the consequences of that awful war.

The picture which has emerged is of a named cabal working in secret, firstly on this side of the Atlantic, and then being increasingly conjoined with forces in America, whose aim was the elimination of Germany as the economic / imperial power which dominated the world. Much of the first book stemmed from the seminal work of Professor Carroll Quigley, author of the Anglo-American Establishment and Tragedy and Hope. Their second book is scheduled to be published next year and continues to examine the lies and secrets which lay behind the myths and dubious claims which prolonged a horrendous war well beyond the first chances for peace.  Gerry would welcome questions on any  of these issues.

* Still available from Amazon (https://www.amazon.co.uk/Hidden-History-Docherty-4-Jul-2013-Hardcover/dp/B011T6Z00I/ref=sr_1_4?ie=UTF8&qid=1480336572&sr=8-4&keywords=%22gerry+docherty%22) and recently spotted in the National Archives Bookshop at Kew. Hidden History has been reprinted in Germany and a French version is scheduled for 2017.

Piers is an astro-physicist specialising in climate science, with a first class honours degree in Physics, an MSc in Astrophysics, and a string of letters after his name. He has been studying the weather since he was five, and is known for his long-range weather forecasting service, Weather Action (http://www.weatheraction.com/). He maintains that man-made climate change is a failed theory, and in his talk he will reveal what really causes weather extremes and changes in climate, in terms of predictable solar-magnetic effects. He will also explain the political context of the ‘man-made climate change’ theory.

(NB this meeting got got reported in the Mail and that caused trouble with our venue).

Radio and club DJ-turned author and researcher Mark Devlin presents some aspects of his book, ‘Musical Truth,’ examining the true nature of those who ultimately control the corporate entertainment industry. Present throughout are the fingerprints of military-intelligence institutions such as MI6, the CIA and the Tavistock Institute, and the world of dark occult ritualistic practices is never far away. There is multiple evidence to suggest that anyone in the public eye as a household celebrity, has been systematically placed there as a ‘chosen one’ of the industry, in line with its ongoing agendas of mass mind-control and social engineering.

Before the talk we’ll have a short review update of events, including a report by Tony Gratrex on the current purge of the Corbyn supporters in the Labour Party, and how he discovered he had been suspended.

Warren Puckett writes: “What were the deeper and more insidious motivations for the orchestrated attacks of September 11? Was more involved than greed and a march to war by the military industrial intelligence complex? We will look at the money trail leading back to the end of World War II and how this money and the people involved continue to have an impact on world events to this day“.

As the 15th anniversary of 9/11 approaches, we return to that topic, with a new study of the financial implications by Warren Puckett. He has been running another Meet-up group at the Spaniard’s Inn in North London, to which a good few of our people go. “We meet on the first Friday of each month, and have done for 8 years or so. Here is the link http://www.meetup.com/conspiracy-91/ “, he writes.

A new path to secure indictment of Tony Blair et al. for conspiring with a foreign power or powers to criminally invade Iraq, will be outlined by Dr James Thring, co-founder of  Legal Action Against War.  The action draws on previous experience and uses indicators from the Chilcot Report. Other legal routes considered will be outlined.

Wording of a Parliamentary Impeachment or condemnation is proposed to ease acceptance by the courts. It will also include evidence from Iraq in ‘Genocide in Iraq’ and ‘The Trial of Saddam Hussein’ by Dr Abdul-Haq al-Ani. Brief reference will be made to other actions by Alex Salmond MSP and HM Armed Forces’ families and to the incriminating Tribunal in Malaysia.

There’s been a lot of discussion during the British EU Referendum campaign on how the Powers that Be will make the Referendum come out right for them in the end. Will there be vote rigging? Will the Government actually bring the UK out of the EU if the people vote for Brexit? How would a vote for Brexit be ‘managed’ – to use Angela Merkel’s expression relating to the Dutch EU Referendum on possible accession of Ukraine? Some people were wondering whether there would be some sort of incident, like a false flag terrorist event, that would drive voters towards the Remain camp.

On 16 June the trend towards Brexit suddenly went into reverse, following reports of the murder of Member of Parliament Jo Cox. What actually happened? Was the subsequent propaganda a set-up? How much difference did that make? The murder of an MP, in order to reverse the trend, had actually been foreseen by François Asselineau on Radio Sputnik by comparison with the Swedish referendum on the Euro. I wrote about this in my latest Keep Talking Current Affairs report – in the last section.

We conceived of this topic for our July meeting of Keep Talking early in the campaign, as people began to have doubts. It was impossible to get speakers at that stage, because everyone involved in the referendum campaign was too busy to think about it. But now it’s all coming together. NK has agreed to give a summary of the propaganda campaign following the reported murder of Jo Cox, and Patrick Griffin from California expects to be in London for the meeting, and has agreed to give a run-down on the Orlando event, showing possible comparisons with the Jo Cox story. Last month, Nick gave us a talk on the Bataclan event, under the title ‘Terror at the heart of the EU’. All three events show signs of fakery.

How swiftly did this Brussels event follow on from the UK’s largest-ever terror drill? In many ways it was formulaic staged fake-terror, a few months after the Paris Bataclan event. Ole Dammegard and I (at the recent Open Minds conference in Amsterdam) talked to a man who had actually been there, heard the bombs going off. Belgium is now the seventh European nation to be impregnated with a State-Fabricated Terror narrative (Spain, Italy, UK,  Holland, Ukraine, France, Belgium) – all having the aim, of ratifying war.

The EU Referendum debate has provided politicians with a good opportunity to bury bad news, or to introduce otherwise unpopular legislation. So what are they hiding, and what legislation are they planning?

A select committee is now inviting submissions from the public on the forthcoming Counter-Terrorism Bill, and a United Nations Special Rapporteur has expressed concern over human rights in the UK. School children have to be careful what they say at school, otherwise their parents could have visits from the police, under the government’s Prevent Strategy, and the Home Secretary wants to abolish the UK’s committment to the Convention on Human Rights. I’ve heard of plans for an EU military force, and for an EU legal framework based on Napoleonic law (‘guilty unless proved innocent’) rather than the current British legal framework (‘innocent unless proved guilty’), but in the end didn’t manage to get speakers on these topics.

What’s going on with regard to the system for vote-counting, and is the allocation of tax-payers’s money for EU promotional brochures to be sent to every household in the UK fair? And how would the government manage an OUT vote? Would they hold another referendum? Would they change the name of the EU? Or would they push the Counter-Extremism Bill through parliament, and ignore the referendum results by slapping ‘Exremism Disruption Orders’ on their opponents? And what else is going on?

NK commented to me: “With current legislation you appreciate this could be viewed as a bit of a dodgy moment to give this talk“. He was referring to the Counter-Extremism Bill which David Cameron is trying to introduce in Parliament, by which he will be able to close down all opposition. “Or possibly, the last occasion of which it could be given“, he added. He gave me a subtitle: ‘How the Strategies of Deception are used to initiate war‘. This is so relevant to today’s world and the wars that the EU is increasingly involved in.

Nick is a Science Historian with several books to his name, including the detailed study of the events surrounding 7/7, ‘Terror on the Tube’ (http://terroronthetube.co.uk). He writes: “In my youth I read the book by Rudolf Steiner ‘The Karma of Untruthfulness’ – lectures given in December 1916, just as the German peace offer was being considered and declined, and maybe that had some seminal effect in bringing me to this position, which I’ll here present“

Tuesday 2 February 2016 – The current state of Healthcare/Psychiatry and its socio-cultural political uses – ‘What is to be done about all the naughty thinkers and the questions they ask?’

Tom Collins invites people to join his MadMenMentalHealthHygiene group by contacting him via his Facebook page: https://www.facebook.com/tom.collins2

“Since the economic coup of 2008, The CorpoState has had time to scratch heads and see what’s available to manage the taxable Euro-multi-culti-caste livestock and their naughty thinks.  2011 was the key year in regards to deciding and providing social conflicts to enable the London banks to recover their market positions.  The protracted plan to effect this economic war on the populous of the UK stretched from 2013 to 2015 and the goal has been to use The NHS, Psychiatry and The Third Sector to destroy consciousness via a well meaning kafka-napping of killing one softly with Pharmacy’s song.

Come and hear how the psychotropic torpor, failing liver and kidneys attract and stimulate The City of London under the guise of providing all necessities, tranquilising all anxieties and amusing all boredoms as the left/right, class, race and sex wars combine to provide further abuses and greater market bouyancy.  “What am I bid for an Ebola outbreak in an advanced Western Capital, ladies and gentleman?
You lucky, lucky people.” 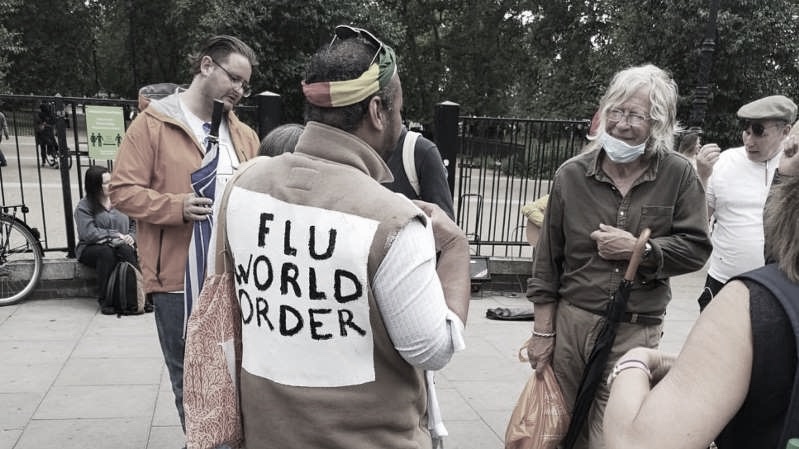